TEN-MAN ASCOT BATTLE BACK TO WIN 4-3 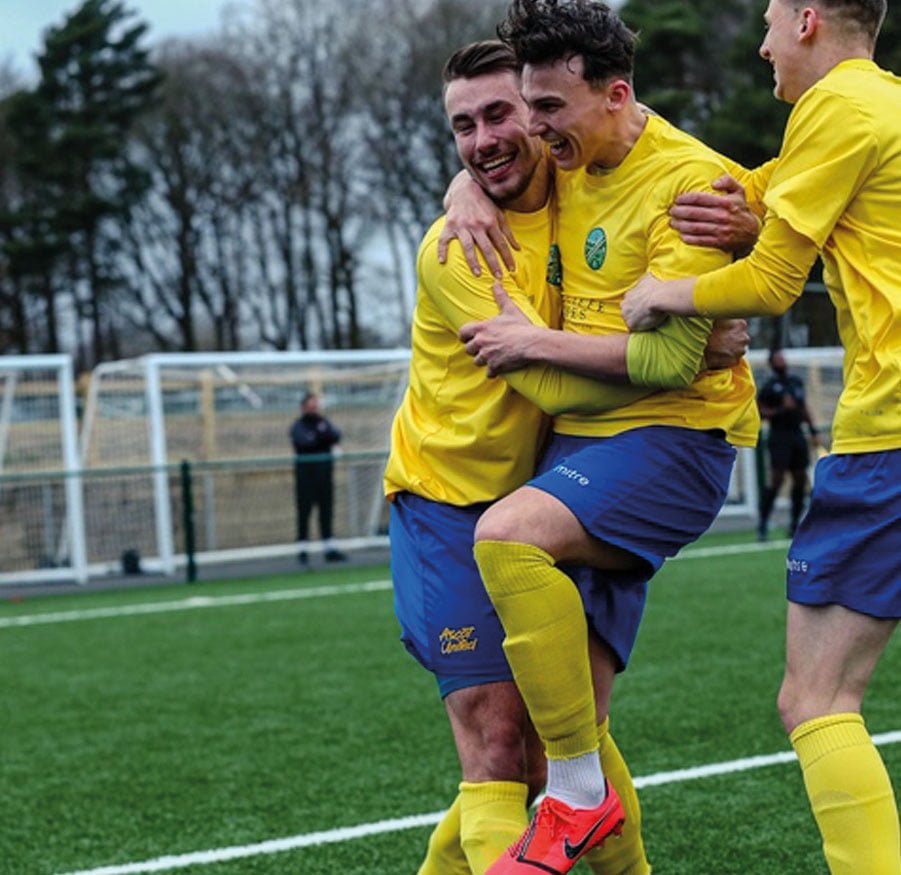 Ascot United came from behind to win with ten men for the second time this season as they beat Redhill 4-3 at the death. The Yellamen had fallen behind three times before a Taylor-Morgan inspired final comeback saw them stem a mini-losing streak against the league’s basement side.

Riccardo Andrady and James Richardson both went close in the opening stages but The Lobsters would first take the lead in the 33rd minute; Hogan tapping in after Talboys and Didi Ndome had set him up. Indeed, they might have taken a two-nil lead into the break only for Koney to head onto the bar in first half injury time.

And, they would rue that miss, as Ascot levelled in the 53rd minute when Morgan smashed in his first goal for the club.

Frustratingly, Redhill immediately regained the league with a fine strike from Ndome into the top right, although Aiden Higgs levelled it up again in the 75th minute when he latched onto a superb Ben Hodges pass and rounded the ‘keeper fifteen minutes after coming off the bench.

It all looked over when James Haworth saw red for handball on the goal-line just over ten minutes from time, and when Even Lopes converted the Yellamen were staring down the barrel at 3-2 down.

But the barrel was redirected and after Morgan scored a superb goal to level it up for a third time, the ten men grabbed a winner in the 86th minute when Harry Laflin stooped to head home from a Jonny Denton pinpoint corner, much to the delight of the 20+ away fans who had made the longer journey.

Nerve-jangling minutes then ticked away, but the visitors held on to repeat their ten-man comeback trick against Colliers Wood, also leaving Redhill shell-shocked and still searching for their first point of the season.

We still have a number of tickets available for our game against CB Hounslow on Tuesday 20th October 7:45pm KO. Tickets MUST be purchased on-line

Ascot United Ladies are up and running in the Southern Regions Women’s Football League after a comprehensive win over Warsash Wasps on Sunday afternoon. Darrel

Our Foundation Academy is now well under way and boasts over 70 children across our U6 and U7 age groups. Focusing on individual development we

The Yellamen may not be in action this weekend, but both Ladies’ teams are in action on Sunday as Warsash Wipes fly into the Racecourse

Cobham fight back to draw 1-1 as Ascot drop vital points Disjointed Ascot United drew 1-1 against a spirited Cobham side on Tuesday evening, further

ASCOT LOOK TO KNOCK HAMMERS OVER IN MIDWEEK CLASH

Ascot United welcome Cobham to the Racecourse on Tuesday evening in the Combined Counties League. Normal rules apply – tickets on-line in advance here and will not