“Our expectations have changed and we want to keep improving” says manager, Darrel Evans ahead of Women’s FA Cup campaign 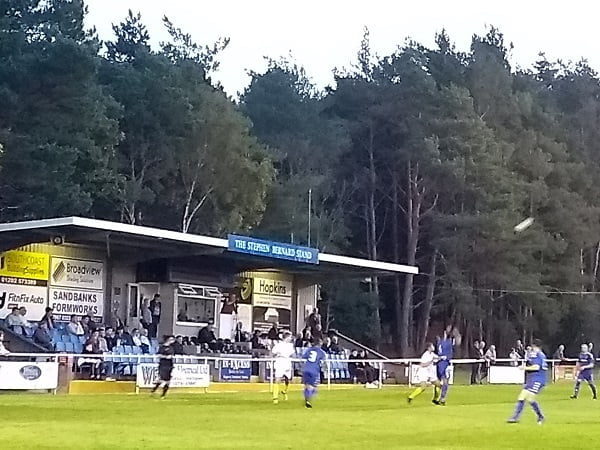 Christchurch equalise late-on before progressing on penalties Ascot United conceded a 92nd minute equaliser then lost 7-6 in sudden death penalties to tumble out of the Emirates FA Cup at Christchurch on Tuesday evening. After weathering an onslaught, Aiden Higgs gave Ascot a 75th minute lead only for the home side to strike late and end the visitors’ interest at the extra preliminary round stage.

This draw was possibly the toughest Ascot could get at this stage of the competition. As with The Yellamen, Christchurch had the best points-per-game ratio when their prior league programme ended in March, and throw in a Tuesday night round trip to Dorset you have your perfect storm.

And, the first half was a battle for Ascot who worked overtime to keep their lively hosts at bay whilst mustering only one half-chance of their own through James Richardson.

Ash Pope rifled an effort wide at the far post after fifteen minutes of vigorous stalemate, and as his side probed in and around Sam Gray’s area the same player would see a free kick comfortably tipped over from a central position after Ron Frost had been tripped just outside the box.

That chance had arrived shortly after Richardson’s opportunity, although his scuffed effort was easily saved after George Lock had done well to skip past a defender after latching onto Gray’s well placed clearance.

But Christchurch had the upper hand, and Brad Cherrett’s direct free kick in the 40th minute then found the base of Ascot’s wall before Pope’s stinging volley was beaten away by Gray in first half injury time, but just before that Richardson had been replaced by Riccardo Andrady after receiving a bloody nose from an elbow.

Having escaped the first half with their goal intact, Ascot improved after the break although it was Frost who saw a long range shot beaten away by Gray as the home side threatened first.

But Ascot instilled some self-belief when they teased Christchurch open in the 52nd minute only for Harry Laflin to see his low shot well saved by Lewis Gunston-Gray after Andrady had threaded him in.

And, it was Laflin who turned provider for the opener when he slotted through the middle for Higgs to run onto, and after approaching Gunston-Gray from right of goal he skipped around him to the centre and rolled home for what had earlier looked an improbable opener.

The impressive Elliot Carey then opened up the home defence again and had Andrady not taken a heavy touch he would have had a clear strike on goal – ten minutes remaining – but Gunstone-Gray gathered and the home side clung on.

And, knowing they had escaped punishment when Andrady failed to convert his earlier chance, Christchurch saw Sam Gray deny Pope once again with one minute to go, but substitute Jack Satterley was on hand to roll home an even later effort after Ascot had lost possession in the middle of the park.

Penalties immediately ensued – no extra time at this stage – and five impeccably taken penalties from each side took it to sudden death; Pope, Cherrett, Finch, Frost and Kirkham all countered by Laflin, Denton, Hodges, Berry and Andrady for Ascot to leave it poised at five-all.

Up stepped Walker to beat Gray, before Carey outwitted Gunstone Gray to level it at six-all. And, after Hill scored the thirteenth of the night to make it 7-6, James Haworth was the unlucky one as his effort rattled the crossbar and bounced down amongst a sea of joyous home players and supporters.

Ascot can now focus on the league, as goes the old adage. But most importantly of all, football is back!