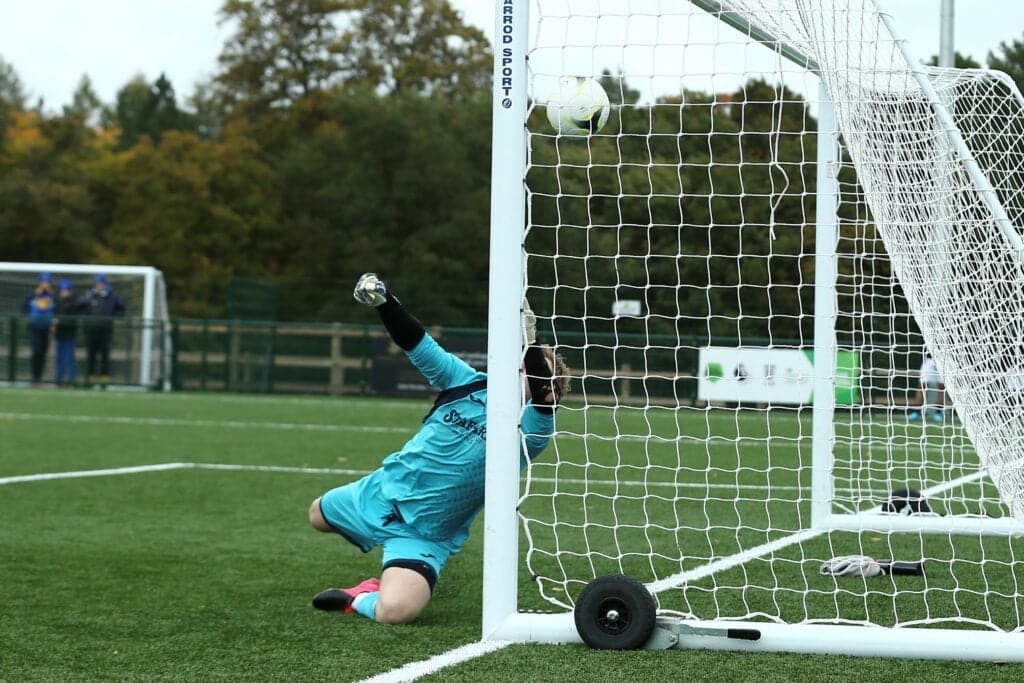 ASCOT PEGGED BACK IN KNAPHILL DRAW

Ascot United were pegged back by Knaphill at the Racecourse on Saturday afternoon in front of a restricted- capacity crowd of 300. The Yellamen missed a glut of chances to put the game out of The Knappers’ reach, but after leading 1-0 at half time they were pegged back by their resilient visitors.

Ascot were the better side in the first half and could have been a couple of goals up at the break, only for the woodwork and errant finishing.

In the thirteenth minute, Taylor Morgan won a free kick on the left wing and Harry Laflin might have done better from Jonny Denton’s resulting delivery only to glance his free header a foot wide of the right-hand post.

However, Laflin would soon find the net with a curling free kick which went in off the right hand post after Sam Evans had been fouled just outside the area; 24 minutes played.

James Richardson then saw a delicious chip cannon back off the crossbar and might have later punished a poor clearance only to misfire with ‘keeper Cameron Kennedy all at sea, whereas Knaphill’s only chance was an earlier Adam Aziz effort that fizzed over after Evans and George Lock had got in each other’s way when attempting to clear their lines.

The second half produced a frenzy of chances and Ascot threw the kitchen sink and more at Knaphill early-on; Laflin somehow unable to convert one of them at the far post from Denton’s dangerous inswinging corner.

Higgs then almost squeezed the ball home as Knaphill creaked, but after weathering the pressure they started to create chances of their own.

Gray came off his line to smother at Danny Taylor’s feet, and substitute Nathan Thomas headed wide when unmarked before sweeping over soon afterwards at the end of a fine flowing move, but Ascot held firm.

And, even when ex-Yellamen Usman Lalustani looked to have got goal-side of Dan Bailey in the 73rd minute, the towering defender somehow recovered with a challenge to divert Lalustani’s shot for a corner.

But Lalustani would haunt his old team eight minutes from time with a precise glancing header from a corner to level the scores.

Incredibly, Morgan could have immediately restored Ascot’s lead only to drag a tired effort wide after holding off the defence and gaining a clear sight of goal, but Ascot were still indebted to Gray in the 89th minute when he somehow recovered after his own dreadful goal-kick fell straight at Leon Byrne, who watched in amazement as Gray somehow reacted to divert Byrne’s rasping effort wide.

The Yellamen pressed again in an end-to-end finale as James Haworth saw his shot saved and Laflin came close on the turn, but a winner never came.