KNAPHILL UP NEXT / ONLINE PROGRAMME 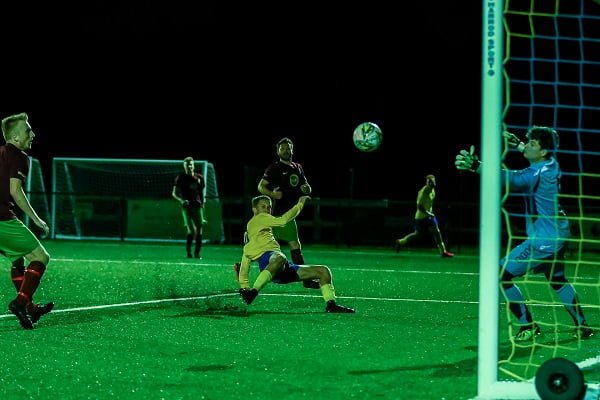 Ed Jabbari scored the only goal of the game (pictured, shooting-stars.co.uk), accurately slicing home five minutes from time after the visitors’ stubborn resistance had threatened to keep out The Yellamen for the full ninety minutes.

The match was a poor spectacle – in part due to the blustery and rainy conditions – but take nothing away from ex-Yellamen Derek Sweetman’s Holyport side who will surely do well in the Hellenic League Division 1 (East) this season.

Ascot will be pleased at keeping a clean sheet – Sam Gray making a sprawling save in the first half and Sam Hayes confidently marshalling his penalty area as he took the gloves for the 2nd 45 minutes – as their rearguard was rarely threatened.

Ascot entertain Harrow Borough in their final pre-season match this Saturday before opening their campaign at Christchurch in the FA Cup next Tuesday. And, this will precede the league campaign’s curtain raiser against Molesey on Saturday 5th September.