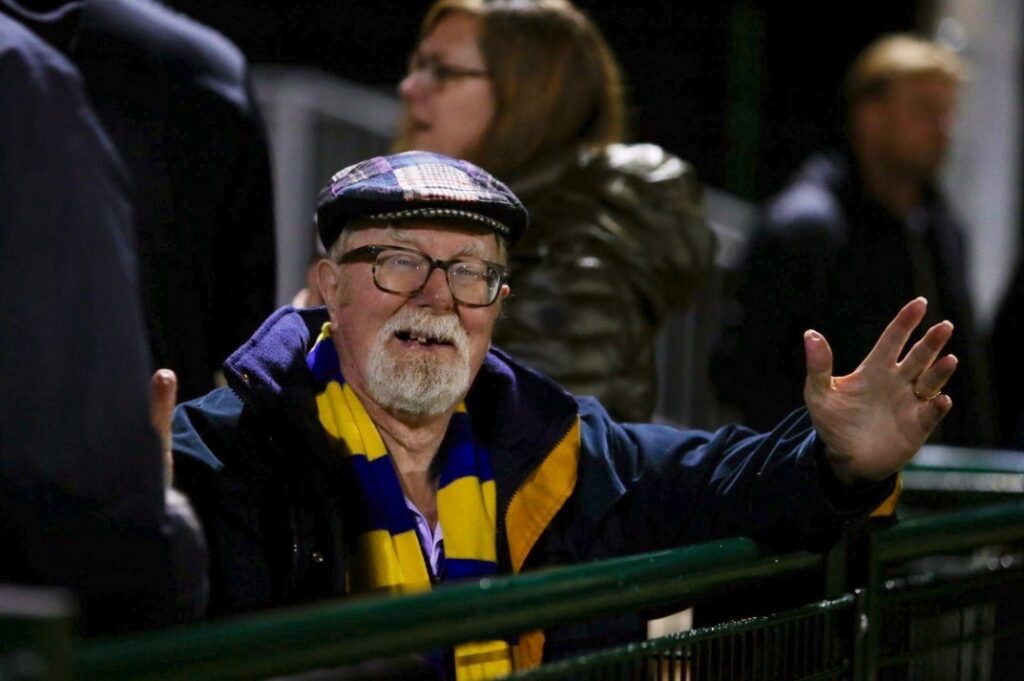 Ascot United beat Division one outfit Tooting Bec 1-0 on Tuesday to advance in the Combined Counties League Cup, extending their unbeaten run in league cup competitions to almost three years. Ian Davies scored the only goal just before the hour-mark as Ascot dominated possession, ending his own barren spell.

Manager Jamie Tompkins paid Tooting the ultimate respect in naming a full-strength side, with captain Louis Bouwers only absent due to injury and Ethan Burden returning from playing with higher-level Harley Wintney.

The home side, who play at Tooting and Mitcham’s Imperial Fields Stadium, did well to thwart Ascot’s plethora of chances in the first half and keep it goalless at half-time.

Aiden Higgs flicked over early-on and then saw his shot well-saved after Davies laid the ball off, but despite plenty of possession the visitors failed to make a breakthrough. And, Higgs would see another shot well saved and Davies had an effort ruled out for offside before the break.

But after slicing wide after the restart, Davies finally found the net by slotting home in the 58th minute, ending his four-game goal drought.

The Yellamen would have further chances to wrap it up – James Richardson, substitute Taylor Morgan, Davies and Dan Bailey all threatened – but one goal was enough and young ‘keeper Sam Hayes kept a clean sheet just 24 hours after a fine performance in FA Youth Cup action for the Allied Under 18s.

Lawson Jones came on late in the game after fellow youngster Josh Masters had earlier exited; more good experience for the up-and-coming Yellamen.

Ascot are back in testing league action at Spelthorne Sports this Saturday, and they will now wait for their next league cup tie. They last lost in the Hellenic League’s format at Bishop’s Cleeve on November 11th 2017 before winning it in 2018/19 and then reaching the quarter finals of the Combined Counties edition last season prior to COVID-19 curtailment.

We still have a number of tickets available for our game against CB Hounslow on Tuesday 20th October 7:45pm KO. Tickets MUST be purchased on-line

Ascot United Ladies are up and running in the Southern Regions Women’s Football League after a comprehensive win over Warsash Wasps on Sunday afternoon. Darrel

Our Foundation Academy is now well under way and boasts over 70 children across our U6 and U7 age groups. Focusing on individual development we

The Yellamen may not be in action this weekend, but both Ladies’ teams are in action on Sunday as Warsash Wipes fly into the Racecourse

Cobham fight back to draw 1-1 as Ascot drop vital points Disjointed Ascot United drew 1-1 against a spirited Cobham side on Tuesday evening, further

ASCOT LOOK TO KNOCK HAMMERS OVER IN MIDWEEK CLASH

Ascot United welcome Cobham to the Racecourse on Tuesday evening in the Combined Counties League. Normal rules apply – tickets on-line in advance here and will not